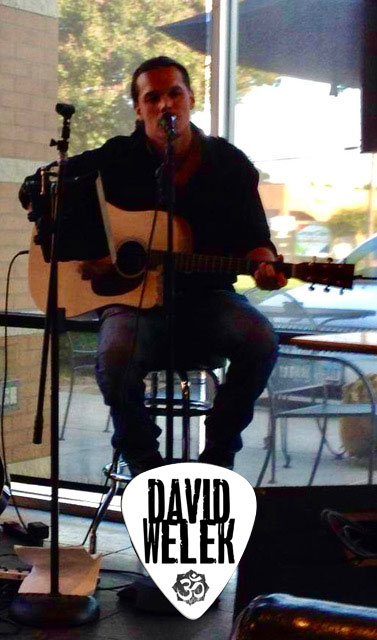 David Welek has been delivering live music in the Dallas area for nearly 20 years. He performs primarily acoustic covers specializing in music from the 60-90s, but certainly mixes in a fair share of more modern music. If the occasion calls for Neil Young, Cat Stevens, James Taylor, Van Morrison, Prince, Pearl Jam, U2, Ed Sheeran, you name it, David’s versatility has you “covered". He’s performed on big stages (House of Blues, Trees, Club Dada, and many others in Deep Ellum and Lower Greenville), festivals, bars, clubs, weddings, private parties, etc. and always ready to deliver a musical accompaniment to enhance any occasion. He has also released three instrumental albums, under the artist name, Shakava, that serve as background music to his yoga DVDs, of which he is also the creator of, known as Black Dragon Yoga. More information on this unique style of yoga that integrates the martial arts, as well as his personal training offerings can be found on his website, www.blackdragonyoga.com.